*We may earn money from links in this post. Learn more here.

Las Vegas certainly has a lot to offer to those who are seeking a thrill. The escape room is one such option that allows you and your group to improve your skills and create stronger bonds. At the very least, escape rooms are designed to challenge your skills. They represent a wonderful option for those who like to solve puzzles. It, therefore, makes sense to dive into these rooms to spend time as well as socialize. Here is a brief look at the best Las Vegas Escape rooms. 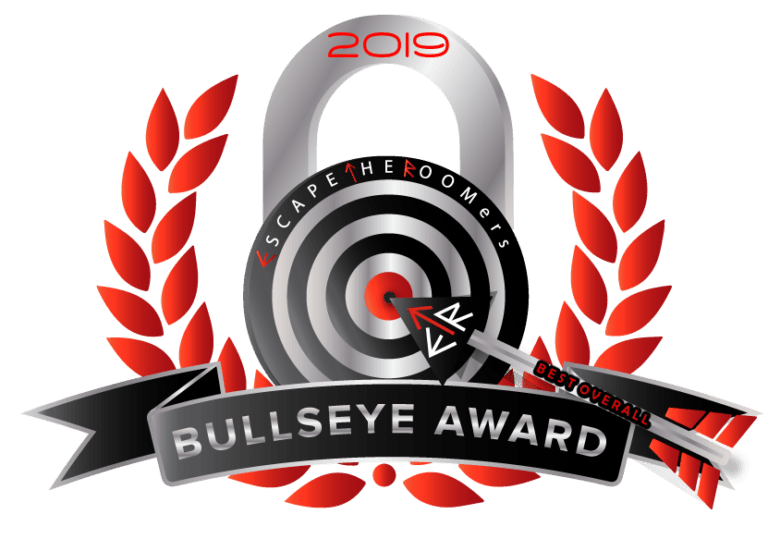 This is the closest escape room to the Las Vegas Strip, which makes it very popular with tourists. This escape room offers excitement and is the perfect game for anyone wanting to solve puzzles and have fun. What makes Trapped! so special is the fact it has been voted the number one escape room in the entire Clark County. Whether it is the first time that you are visiting this escape room or if you have already tried it out you are guaranteed an excellent time. The staff here is very friendly and the prices most affordable. The sets are designed to perfection and every attention to detail has been taken care of.

Lost Games Escape Rooms is one of the best escape room centers in Las Vegas. In fact, it’s rated second on our list because of its extensive theme design, unique puzzles, and fun entertainment center. If you’re in Vegas for a quick getaway, girls weekend, birthday party, or something else, be sure to stop by. They have two rooms that can be played back to back. Lost Games is one of the highest rated escape games on the West Coast. Many expert gamers give the two rooms the highest rating possible. Check out their website to learn more and to book a room.

This escape room is different as it is very large and features a ton of timed rooms. Each room has its own set of unique puzzles for you to solve. The SAW Escape room’s sets are life-sized and very unique. This escape room is counted among the best in Las Vegas because of its grandiose stands which are at least as good if not better than any other escape room in all of Las Vegas.

The sets are so well designed that you will want to visit this escape room over and over again. You do not need to have any special knowledge of SAW to appreciate its distinctions. Ideally, you should play this with a group of between four and six players. However, if you are a beginner, then try and play this game with more people.

In this game, you have to prevent a looming global threat from an infection that could kill off many people. Another game allows you to take part in a shootout in the Old West style. This escape room has 8 rooms and each room has a unique theme that changes with the season. What makes this such a wonderful escape room is the fact that you get to enjoy a wonderful mix of reality and fantasy. Besides, there are some very dynamic props and the games are also very interactive. A great example of the Escapology escape room is the game called the Cuban Missile Crisis in which an American spy has to get into the Palace of Fidel Castro. Not only that but he also needs to discover a few hidden KGB ties. This game accommodates between 2 and 6 players and the game has a duration of an hour.

Escapology can be categorized as an adventurous and spooky escape room. The nice thing about it is that the puzzles here are very unconventional.  To make the most of this escape room, you should play it with a group of between four and six players. The game time here is just forty-five minutes. So, it is up to you to make the most of it.

This is a truly exciting escape room that is located at the Sahara Avenue Suite. There are three separate escape rooms here that are each worth trying out. These three escape rooms go by the names of Ultimate Heist, Smite Sherlock, and Prison Break. If you choose Ultimate Heist, you will have to break in and steal a nerve agent before it falls into the hands of villains. In Prison Break, you must break out of jail while the warden is away. Smite Sherlock is all about assisting Sherlock Holmes as he tries to steal a letter from the home of a friend who is not at home. What makes this such a good escape room is the fact that it is designed to perfection. The game duration is 60 minutes. What you are going to love about this game is the close attention paid to every detail. To book or to know more, be sure to visit the Rush to Escape website.

This is a truly popular escape room in Las Vegas and it includes The Casino Takeover puzzle that allows you to form two teams with each team having up to ten players. There are several wonderful puzzles including one that asks you to break out of Mars. The other puzzle worth checking out is the one called the Pompeii escape room in which you and your group are trapped in a dungeon. You have to escape before the Vesuvius erupts. The difficulty levels range from medium to hard but only about 35 percent manage to escape.

Escapability puts you in different situations involving kidnappings and hostages as well as missing persons. Each escape room has its very own unique setting and characters as well as clues. This escape room is wonderful because it encourages you to think critically and build team spirit at the same time.

This is one escape room that is perfect for those who want to play in a large group. It is also a very innovative escape room that allows two teams to play simultaneously in two separate rooms. The excitement generated in racing to beat a deadly virus as well as a criminal called Bugsy Siegel is truly adrenaline pumping. Breaking out of a high-security jail and locating an age-old Mayan statue are the other options available to those who check out this escape room in Las Vegas.

You can play this escape room in groups of ten or more people though most games have a limit of ten players. Ideal for corporate events and birthday parties, Xterious Escape is certainly a very adventurous game.

Before you check out these top escape rooms in Las Vegas, make sure you pick your group with care and try to include people with whom you gel well with. Next, you should pick the right level of difficulty. Whether it is a game designed for beginners or seasoned players, you need to pick the game that suits your skills.

As escape rooms are becoming more and more popular, make sure you pick one with a suitable theme. The good news is most escape rooms are not very scary and there are many options available to you. You should check ahead whether or not it is necessary to book your game in advance. Last but not least, you need to pick an escape room with the right level of activity. Be sure to check whether the game is appropriate for kids or elderly people. Finally, choose a game that has the most positive reviews on Google or Facebook or TripAdvisor.

After checking out one of these highly rated spots, discuss your experience at one of Las Vegas best coffee shops. We recommend the Cafe Belle Madeleine located inside the Paris Las Vegas Hotel & Casino. It’s only a few minutes Uber ride away from Trapped!

VelvetFoam.com is a participant in the Amazon Services LLC Associates Program, an affiliate advertising program designed to provide a means for sites to earn advertising fees by advertising and linking to Amazon.com